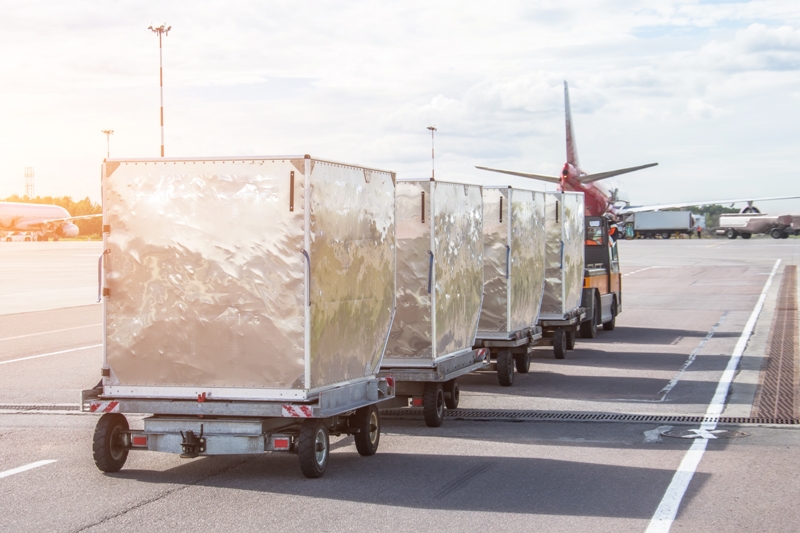 Air cargo capacity out of Shanghai has been reduced to just a third of its level last year in response to the city wide lockdowns that have caused production to grind to a halt.

The latest statistics from Accenture’s Seabury Consulting show that in the first two weeks of April, cargo capacity from Shanghai Pudong (PVG) is 66.4% down on the same period in 2021.

Most of the reduction has come from non-Asia Pacific-based airlines which have reduced their capacity over that period by 75.7% to 4,100 tonnes.

Asia Pacific-based airlines have reduced their capacity by 53.4% to 11,700 tonnes. 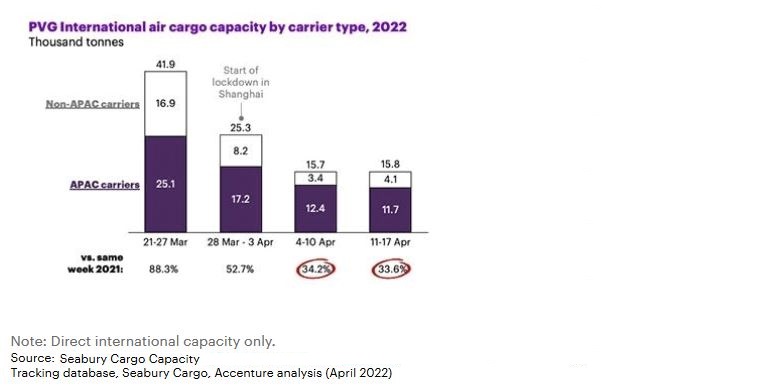 The drop in capacity comes as airlines have reacted quickly to reduced production levels out of Shanghai due to the strict lockdown. Truck capacity has also come under pressure.

Where they can, companies have moved cargo through other Chinese hubs, although there have been reports that this has caused congestion at these airports.

Looking ahead, production around Shanghai is slowly beginning to come to life as hundreds of facilites have been able to restart work in an isolated closed-loop environment.

The first logistics providers are also being issued with passes allowing them to restart work.

Meanwhile, overall cargo capacity on a global basis was 6% down on pre-Covid levels April 4-27, according to Seabury.

The most notable drop comes on services from Asia to Europe with capacity down by 53% in the headhaul direction as a result of war in Ukraine and the Shanghai reduction.